Saxon has released its packaging and waste strategy in a bid to distribute its portfolio of over 6,000 products to consumers in the most eco-friendly way.

The company believes that some producers rarely considered the impact of their packaging and whether it included combinations of recyclable and non-recyclable plastics and paper.

Clair Seymour, Commercial and Product Manager for Saxon, has sensed the need for change, driven in part by conversations with several large UK retailers: “One thing that kept coming up regularly in feedback was the need to deliver sustainable packaging to an ever-expecting consumer, and many of these retailers were already undertaking their own programme of improvements. Keen to work with suppliers who would help them achieve their targets there was a drive to ensure that we were on the same page to ensure our products weren’t de-listed.”

Clair had already been looking at the way Saxon had been packaging its top-selling products, joining forces with the On-Pack Recycling Label (OPRL) scheme, an organisation with the primary aim of encouraging customers to recycle correctly through simple and consistent on-pack imagery. Now side-by-side with other heavyweight members such as Shell, Tesco and Unilever, Saxon has begun introducing these recycling messages to an ever-increasing number of products.

Armed with a low-waste strategy in mind and the OPRL imagery, Clair has begun a full review of Saxon’s current packaging designs, beginning with its Sakura car seat covers. Housed in thick non-recyclable PVC outer with carded inserts, Clair explained: “It made no sense. As the seat covers were a buy-to-use product with all packaging immediately discarded and destined for landfill, we started to ask ourselves ‘what packaging is the customer going to keep for storage and what is the customer going to throw away?’” 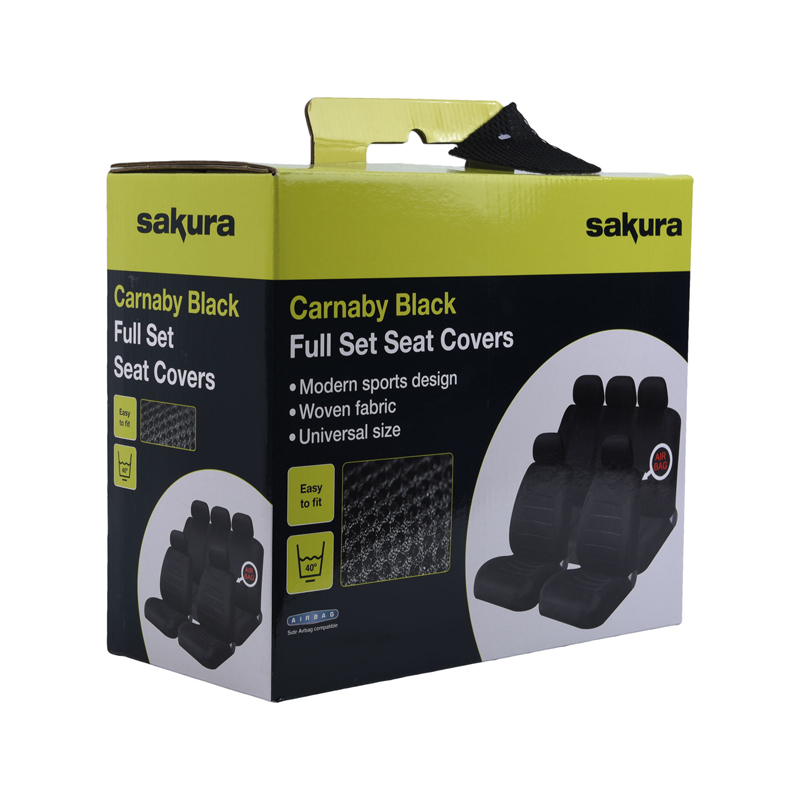 Switching the PVC outer for recycled cardboard has reportedly seen a 100% reduction in plastic waste on the product, equivalent to more than six tonnes per year.

Initiatives such as switching PVC tray inserts for pulp material, switching PVC to low-density polyethylene (LDPE) and phasing out laminated cardboard will also mean that both businesses and end consumers will gradually notice that they are throwing less away.

With new Government legislation on waste materials set to come in to play in April 2022, more and more businesses will need to understand the impact that their packaging has on the environment. Introducing penalties for not meeting a minimal threshold of 30% recycled content, will be a key driver to promoting compliance, even for those who realise that the correct packaging for the environment may not actually equate to a cheaper option.

Clair concluded: “Switching malleable PVC for sturdy cardboard actually means you get a slightly smaller number of units on a pallet which can all add up over time. But the need for the changes are much bigger than the impact on the P&L, they’re right for the consumer, for our landfill sites, and our long-term sustainable waste strategy.”