Titan Motor Factors invited PMF to its headquarters in Avonmouth to discuss its business philosophy and how the company has fared on its journey so far.

As soon as we walked through the front door of Titan’s Avonmouth branch, it became as clear as day that this was no ordinary motor factor. Immediately led upstairs to the company’s liaison suite – which consists of a conference room, a bar, a pool table and a dart board – we were greeted by Titan Directors Damon Peacock and Nick Mace. Titan’s leading figures clarified that the suite embodied their vision for the company: to do everything differently, and this became increasingly clear as the day progressed. 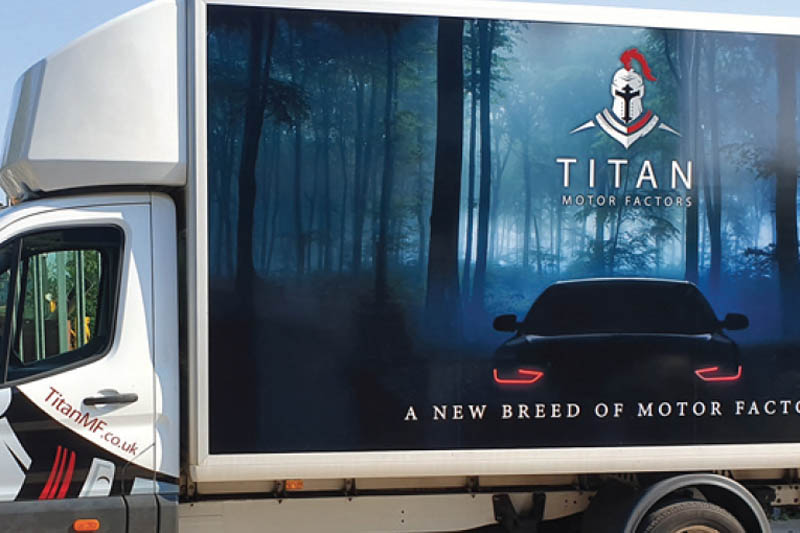 Our next port of call was to leave the light-hearted atmosphere of the liaison suite for the heart and soul of the factor, its warehouse. The large storage hub – boasting 250,000ftÇ of linear space – was more or less full to the brim with stock, but, as with any factor at the beginning of its journey, this was not always the case. According to Damon, the facility “went from an empty building to being racked and ready in 4-6 weeks”, which, given the COVID landscape that was especially prominent at the time, was a substantial feat. With a limited time frame to make the project a reality, the team even had to rely on Nick’s father-in-law to help out and build the site’s trade counter, proof that everyone at Titan “does their bit and that we do things differently”, as Nick emphasised. 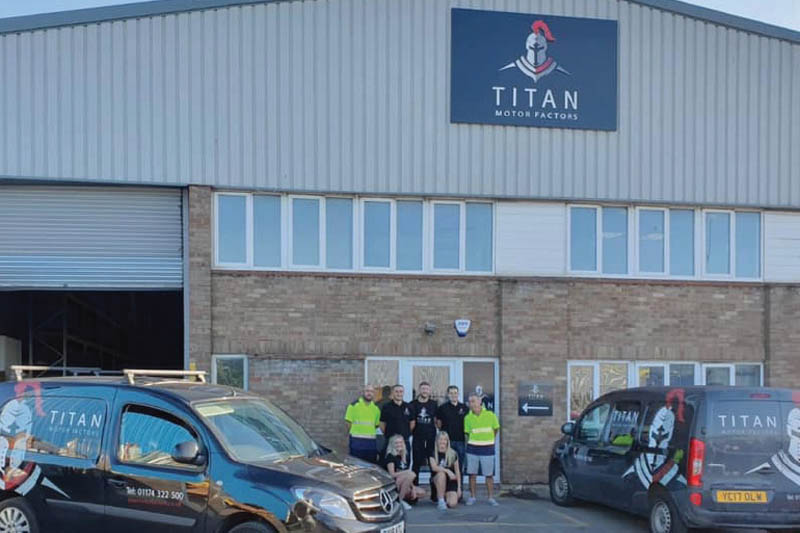 Back upstairs, we discussed Titan’s approach to business. Both Damon and Nick were very open with us, and they wanted to stress that the way they run the company is not the same as a typical factor. “Do we get it right all the time?” Damon asked. “No, but there’s always the intention to do so.

“The thing that we’ve instilled in the business, which is key moving forward and is testament to us having five sites come August, is data. We’re one of the only factors that doesn’t use FPS – everything is data driven. When we open a new site, the level of data that goes into that process is insane! We’ve looked at another six sites this year, but the data didn’t always support the investment.” 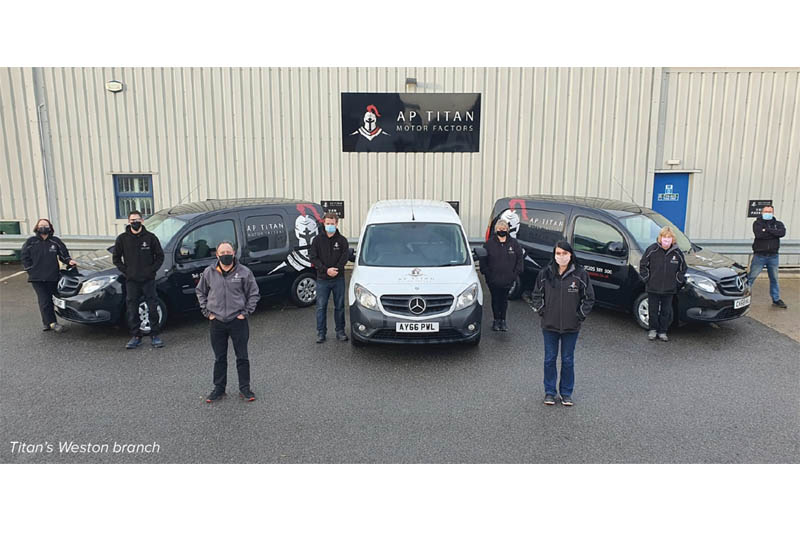 “With our approach,” Damon continued, “when we do open up somewhere, we’re confident that the decision we’ve made, as well as our investment of time and energy, is going to pay dividends. For example, our Boston branch was able to achieve its one year KPI in eight weeks. Some of that was obviously down to luck, but it was mostly because of the data. There are no geographical boundaries for us.”

When looking to open a new site, Titan undertakes four months of data analysis. “It’s all about planning. There are a series of data streams and revenues that have to be pulled together, so we have to apply big data and our strategic policy, and if they fit the bill then we can open up. We’re not worried about having 100 branches, it’s not about that; every decision is driven by data.”

Encouraging data isn’t the only thing that prevents the company from taking on a new site. “Sometimes the people at these locations just aren’t the right people, which is key,” added Nick. “If a different team came along in the same area that fits right, then we’d be able to take them on, but for us, we want the best of the best in each area that we operate out of.” According to Damon, out of the six sites that were looked at, “three of them were prime to open up”, but Titan wasn’t happy with the team. 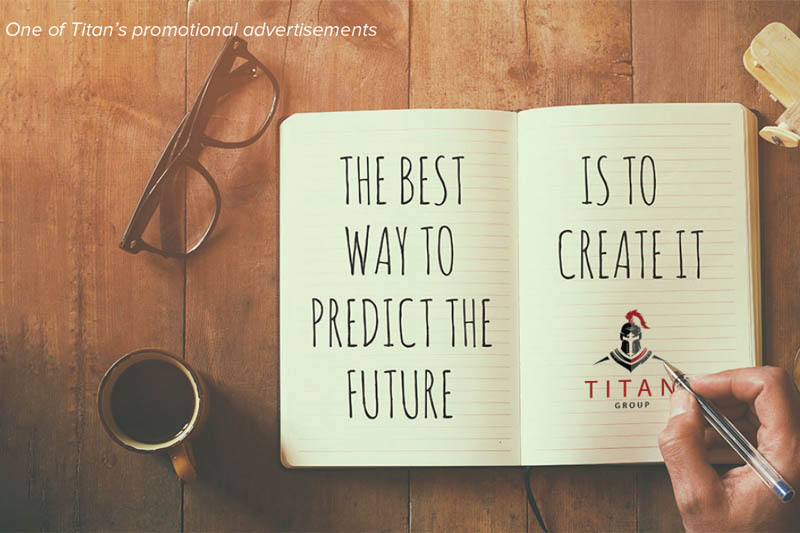 The company’s philosophy when it comes to taking on extra sites is uncompromising. The team must fit in with the framework of the rest of the company, but they must also have the desire to become a part of the business. Damon clarified this: “If we were to approach a factor and their team, it would completely go against the initial value of Titan. To join us, you have to want to do it, so if we were to approach a team, we wouldn’t be able to properly gauge their appetite to get on board.”

With this in mind, Nick demonstrated his frustration at the lack of willingness from some factor staff to put themselves forward for the opportunity presented by Titan. “There are so many people out there with plenty of talent in this industry, but not enough that are willing to take a jump and do something different like this, to have the ownership and responsibility. You have to be brave and take the opportunity to create your own motor factor, and they’d have the full support of the Titan group. We like to take on people that have something special about them.”

Moving up the ranks

Building the perfect team is one of the principle facets of Titan’s philosophy, and its path to doing so is by following its strategy of staff development. Nick commented, “For us, we have to make sure we keep giving our staff the opportunity to develop and keep them engaged in the business. With our team downstairs, their conversations at work are mostly about work, which shows their interest. We have a new lad, Tom, who’s been here for a month as part of the Government’s Kickstart Scheme, and he’s asking me questions, and he’s intelligent, which is just what we’re looking for. With these guys, it’s key to constantly communicate with them so that they don’t disengage and lose interest, and to maintain their development.” 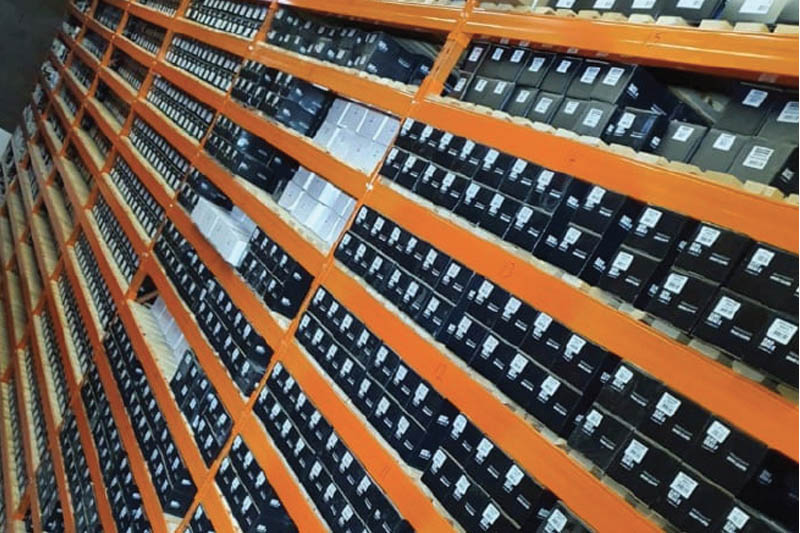 Each member of staff has a plan laid in place for them from the day they first walk through the door. The company’s development strategy ensures that every new member of staff can see an upward trajectory for themselves in the business. New staff enter Titan at ‘the bottom’ as a stakeholder. Here, they will be trained in every role. This isn’t merely to see where they’re best suited; “If they’re going to follow their career path, they’re going to need to know how the business runs,” Damon stressed. This career path will see them develop from being a stakeholder to becoming a branch manager, and thus a shareholder. The idea is that when this has been achieved, those at ‘the top’ will be able to appreciate the tasks that other members of staff are undertaking because they’ve done them themselves.

Those currently at the top of Titan – namely Damon and Nick – are pleased with how the company has blossomed. Damon noted, “We’ve got the balance right; we’ve got all the technology and all the strategy in place, but we’re also really mindful that the biggest drivers of any business are the people within it, the customers, and the suppliers.” 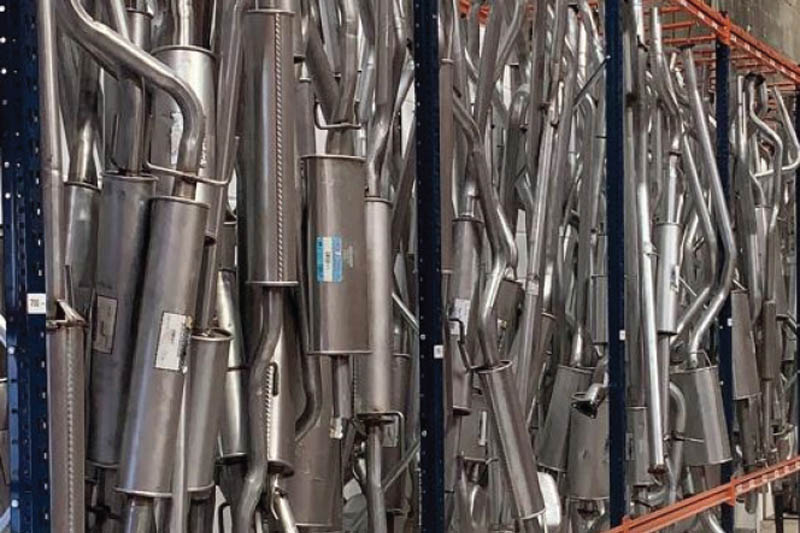 With suppliers, Damon and Nick emphasised that they want Titan to be the easiest people to deal with. Nevertheless, they won’t be held to ransom; if it doesn’t make sense to do certain business, then they won’t do so. The company holds values of understanding and respect, not only with staff, but with its suppliers, too, and it is these standards – as well as its grasp of data – that will undoubtedly continue to propel it forward.

0 0 0 0
Previous : Why companies should be reviewing mask policies
Next : Autovaux and ECOBAT explore their relationship