Michael Ingvardsen, Technical Training Manager at Nissens Automotive, shares his insight into the A/C field and the key subjects that he anticipates will dominate the automotive aftermarket.

Q. A/C season is just around the corner. What are the hot topics this year?

Michael Ingvardsen (MI): Two focus areas take up a lot of space in the business, having been on top of the agenda for a number of years: refrigerants and electrification. Both are topics that currently pre-occupy the industry, and both will have an impact on the future. As energy and the environment take up more and more space, electrification has naturally become a larger part of the automotive business, and electric vehicles have subsequently gained ground. Likewise, A/C system refrigerants have long been a focus area, causing damage to the environment if their Global Warming Potential (GWP) is too high.

Q. The replacement of the old refrigerant – R134a – has been a long time coming. What are the details behind the change?

MI: The replacement goes all the way back to 2006, where the EU decided that the refrigerant was to be replaced with a refrigerant with a lower GWP – the international standard for measurement of how dangerous gases are for the degradation of the ozone layer in the atmosphere. The environmental legislation meant that, as of January 1st 2017, vehicle manufacturers were to use a new refrigerant – R1234yf – in climate products, thus adjusting all climate systems to R1234yf. Roughly 10 years ago, it had been anticipated that a new refrigerant was to take over, but there were still no signs of this new refrigerant. In the wake of this, problems such as a lack of refrigerant and high prices occurred, and these problems are still affecting the industry today. When prices rise, parallel imports are likely to emerge, leading to more illegally imported R134a or R134a, which are poor in quality. 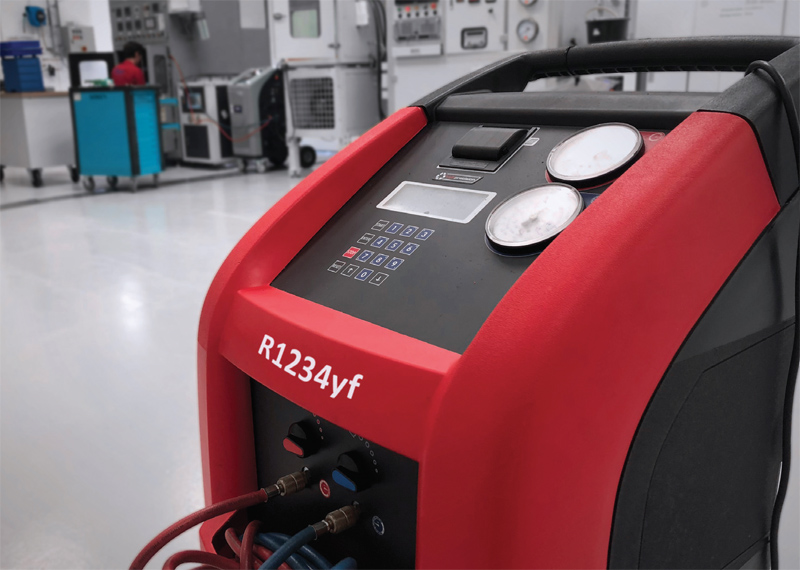 Technically, it is highly problematic when the A/C system runs on low quality refrigerants, or if several types of refrigerants are mixed together.

Q. Why is mixing refrigerants a problem?

MI: When refrigerants are mixed, it is important that they interact similarly with the A/C components, oil, o-rings, etc. Refrigerants are often dependent on temperatures, and if the temperature is too high, it wears out the pistons and condenser, and interacts incorrectly with the oil. Typically, the refrigerant doesn’t carry the oil correctly through the system, it doesn’t blend correctly with the oil and it gathers in small pockets in the system, which causes severe trouble, especially for the condenser and evaporator. For the system to run correctly, you have to be absolutely certain that refrigerant, oil and A/C components are compatible.

Q. So, what does the future look like? Is there a plan on the horizon?

MI: The EU is working on approving more refrigerants that are compatible with the new refrigerant, R1234yf, as well as with CO₂ systems. Currently, more than 500 refrigerants are tested worldwide, so many people are working on a solution, but there are no plans for retrofit of the A/C system so that R1234yf can replace R134a, which is another discussion on the agenda. R1234yf is a bit flammable, and runs at a slightly higher pressure and at higher temperatures than R134a. By pouring R1234yf on a system that isn’t developed for it, there is no guarantee that it will work, and if the car burns, responsibility does not lie at the VM’s end. As long as vehicles are used with R134a, we risk running out of the refrigerant, because less is imported. That is why regulations and a plan for retrofitting cars with R134a to R1234yf are needed.

Q. Refrigerants are definitely still a hot topic. What about electrification? What happens within this area?

MI: The electric vehicle industry is definitely in focus, but a lot is still uncertain, although more and more electric car models are produced. From an environmental perspective, there are certainly advantages of an electric or hybrid vehicle, but there are continuously new reports pointing in different directions.

The electric vehicle is limited in battery lifetime and only works properly at the right temperatures. If the temperature is not ideal, the battery level drops, and if the A/C system isn’t working, driving distance is reduced. A more critical mass of consumers has occurred, conscientiously keeping an eye on the battery level and becoming sceptical if the level varies too much. At the same time, the heat pump system used in electric vehicles is a completely different mechanism that demands different handling and service.

This is still a challenge that needs to be solved at the same pace as the increasing amount of electric and hybrid vehicles. 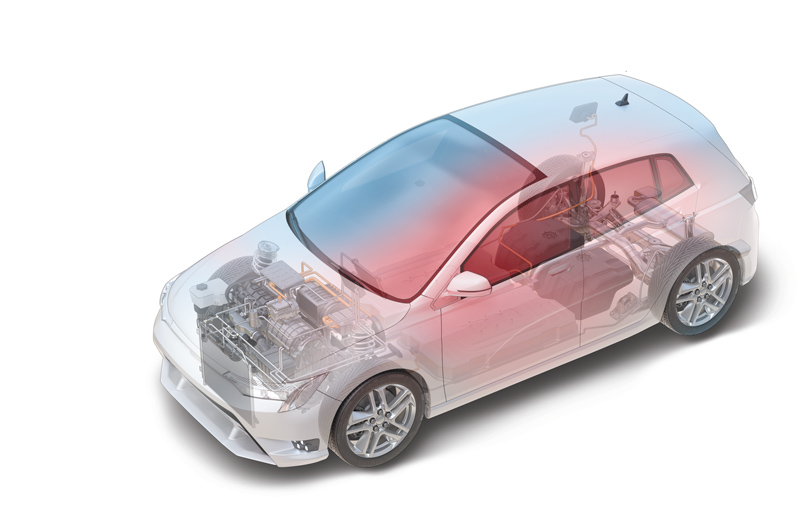 Q. How does the heat pump system differ from a regular A/C system?

MI: The heat pump is a different system with other mechanics that we, at Nissens, have been used to. In the electric car, A/C is used for both heating and cooling, but if it does not work properly, the products attached to the system are challenged. If dirt gets into the condenser, a correct flow is impossible. Additionally, there is also an internal condenser in the heat pump system, so whenever there are problems, you risk replacing two condensers.

Otherwise, there is a risk of compressor failure. Due to these technical difficulties, it is also highly necessary to offer thorough education and training in the system.

Q. Is there anything else on the agenda?