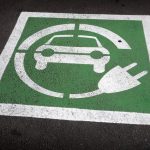 Steve Carter, hybrid & electric vehicle specialist, looks at whether the aftermarket is ready for the rise of ‘electrification’ and how motor factors should be preparing.

We all acknowledge that the automotive industry has never stood still and is constantly evolving. However, up until now, changes have been based on existing technology, and for the most part, just been improvements. This meant previous knowledge and experience were transferrable, and given that replacement parts were broadly the same, maybe slightly more expensive and complicated, technicians could get by on what they already had to hand.

However, the changes we are going to see in our industry over the next few years are going to be the most monumental in its history, and will render much of our previous knowledge obsolete.

There is currently an irreversible trend amongst vehicle manufacturers, governments and cities to ban diesels or all internal combustion engine vehicles. Not long ago, the UK Government Select Committee’s air pollution report stated that 40,000 premature deaths per year are directly linked to city air pollution, and that we should bring forward the phasing out of internal combustion engines to 2030. This would bring the UK in line with India, which, contrary to popular press, has one of the largest growing renewable energy sectors in the world, and reportedly has the largest single solar farm, putting it ahead of the UK with regards to solar renewable energy.

With countries such as Norway banning all new fossil fuel vehicles from 2025, it is clear that these changes are going to happen faster than anybody thought 10 years ago. I am certain every business that accepts these changes and realises their potential opportunities will prosper. However, for those that are in denial, and who believe things will continue as they are for many years to come; their future could look very different in just a few years’ time. Businesses will need to re-evaluate how their operations generate profit. Do they have suitably qualified staff, representatives and purchase managers?

Just think how far we have come in 10 years. A 2005 Toyota Prius battery pack weighed 53kg and had 1.3kWh of power – to ensure a long life we only used about 35% of this power. If we take a Tesla S P90d from 2015, it has a 90kW battery pack, only weighs 540kg, and has a usable power of 90kW. If we do a calculation based on these two facts, and we were trying to run a P90d with the battery chemistry of a 2005 Prius, the battery alone would have to weigh over 12 tonnes. So for the sceptics out there, just look at what the automotive industry can do, and remember it wasn’t long ago that most VMs were focusing on diesel; now they’re all focusing on EVs.

Are these challenges and opportunities fully understood by motor factor businesses? There is an act of
parliament currently being discussed called the Electric and Autonomous Vehicle Act, which is receiving unanimous approval through its various stages, and will almost certainly be approved. If so, it would require motor factors that intend to supply high voltage components, or even those that just want to offer advice to the automotive aftermarket on these vehicles, to take an exam to prove they have the knowledge required to meet the new demands, particularly in reference to safety. Obviously the voltages that we are dealing with present the most obvious risk of death, but they will also mean exposure to some very powerful magnetic fields. For the wrong person (pacemaker/insulin pump), this could prove equally catastrophic.

I have already carried out several IMI EV level 1 courses for the CTS branches in South Shields and North Shields, as well as TM Factors of Hereford. All three businesses now have six members of staff who are qualified with IMI EV level 1, which gives them the level of knowledge required by the IMI. This qualification will supersede the old hybrid qualification, which will become obsolete from June this year.

The UK has the third fastest growing EV market in Europe. In February, Valeo doubled its predictions for the market share of EV’s for 2025. Most economists, component manufacturers and vehicle manufacturers are constantly re-evaluating a forecast for their share of the EV market, each prediction suggesting even faster growth. A 25% market share by 2025 is not out of the realms of possibility. Remember an EV vehicle is going to require an entirely different approach from a motor factor’s perspective, along with the vehicle technician, both will require industry recognised training and qualifications.

The new servicing components and the tasks that need to be carried out by vehicle technicians will require a vastly different attitude, and both the motor factor and garage will need to start their plan for this electric revolution over the next few years, so that they can be part of it, and not be passed by it.