In light of growing concerns over the aftermarket’s environmental footprint, it is important to consider the role of the thermostat in meeting emissions legislation. Dayco’s National Sales Manager, Steve Carolan, investigates how factors can benefit from this environmental focus.

The unpredictable weather that now seems commonplace, not just here in the UK, but globally, naturally feeds into the current anxieties concerning climate change, which is having a profound effect on the vehicles that motorists rely on, and, as a consequence, the replacement parts that motor factors supply to their workshop customers.

For vehicle manufacturers (VMs), every design decision is driven by the need to reduce engine emissions and moderate fuel consumption, and the modern cooling system plays a crucial part in the process. The demands for increased efficiency, together with factors such as higher flow rates, turbocharger technology, autonomous heating, and air conditioning, have transformed the traditional process of engine cooling into a complex and sophisticated system.

Effective thermal control in all areas of the engine, from initial start-up until reaching its designed operating temperature, whether in hot spots such as around the cylinder head or cooler zones elsewhere, is vital in order to maintain VMs’ emissions figures and subsequently conform with the legislative requirements.

Even stricter future emissions regulations will require engines to operate at 10% higher temperatures and increased pressure in order to fall within the limits, as well as to minimise fuel combustion. This will necessitate more powerful cooling systems to allow the vehicle to run efficiently for its entire lifespan. Efficient thermal management is also one of the most important factors in the fight to combat engine wear; without effective temperature control, despite the presence of oil, damage to its internal components would be unavoidable.

Although generally overlooked at every level within the aftermarket, it is the thermostat that ensures that the engine’s temperature is managed and the emission requirements are met. It effectively controls the flow of coolant around the system to allow the engine to reach its optimum working temperature as quickly as possible, and then accurately maintains it within strictly defined parameters.

Therefore, only original equipment (OE) quality products should be used when thermostats are replaced, as inaccuracies of more than plus or minus two degrees centigrade will have a considerable effect on the level of emissions emitted.

What’s in this for factors?

So, where does this leave factors, and are there opportunities beyond the ‘best practice’ principle of supplying an OE quality replacement? 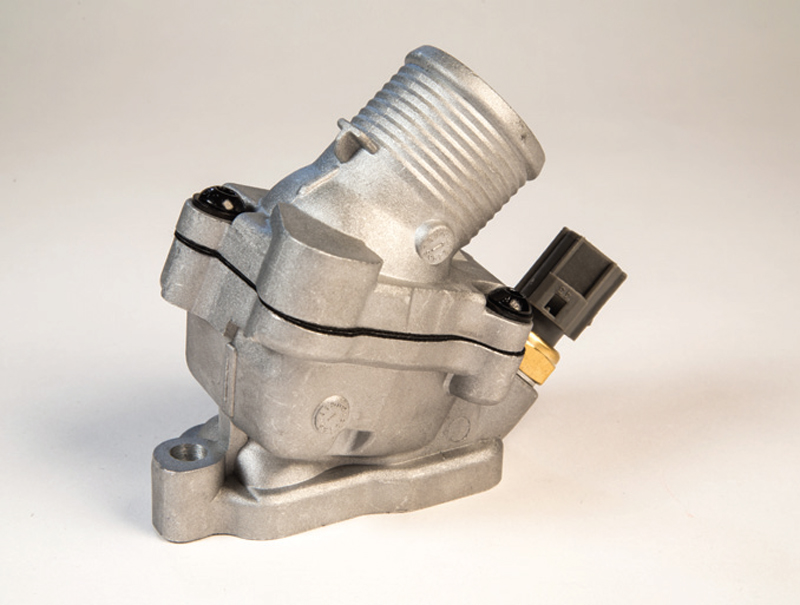 It is unlikely that many factors analyse their thermostat sales, as they are not service schedule related items, and traditional ‘naked’ or insert versions are inexpensive, so they make little impact to the bottom line.

However, a change in attitude is in order. As the importance of temperature control has grown, so has the sophistication of the thermostat. Although the traditional naked version, which was introduced in the 1920s, remained almost unchanged for the rest of the century, today it’s a different story, with integrated thermostat housings and MAP thermostats now being controlled and activated via the vehicle’s ECU.

The increasing complexity of these thermostats directly affects their predicted service life and, crucially, their cost. This fundamentally changes the position in terms of where factors should source them from and their profit potential.

No more should they be considered an ‘anything will do’ product, as the quality will directly affect both their ability to operate within the VM’s strict performance parameters and their expected service life, so OE quality must be the benchmark. Of equal importance is the cost of these style thermostats, which has an immediate impact on the profit potential that factors can earn from them.

To allow factors to grasp this potential, we have carried out some helpful market analysis to make it clear. Using AASA 2020 report data, we have found that over a five-year period from 2014, the thermostat failure rate has steadily increased to 5%. At the same time, the percentage of vehicles fitted with a contemporary design rather than a traditional thermostat has grown from 55 to 80%. 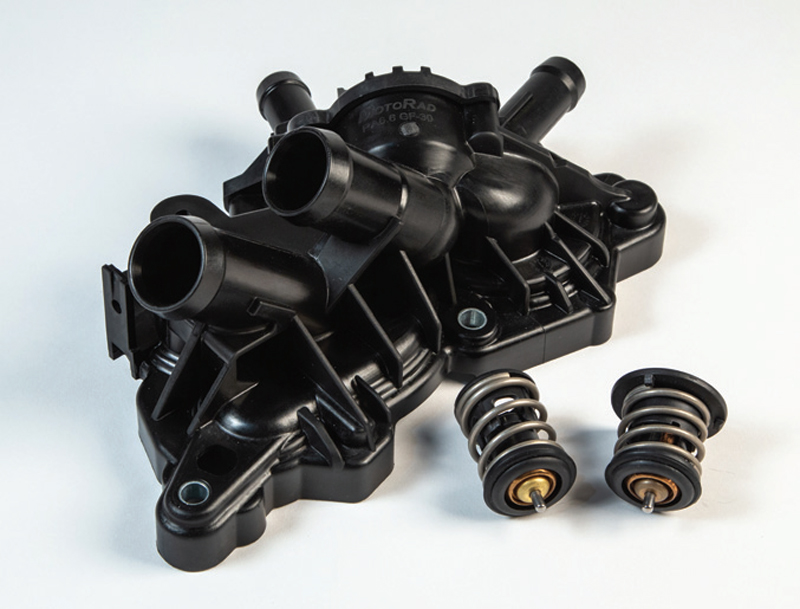 Taking the age and relevance for thermostat replacement as 70% of the 35 million UK vehicle parc, this leaves approximately 24.5 million four-year plus vehicles, 5% of which are likely to be subject to thermostat failure. The average split between traditional and contemporary design in this age group is roughly 50/50, so if we assume 70% of the vehicles will fall into the independent side of the aftermarket, the thermostat replacement market is worth £6.7 million annually.

Now, that’s surely a potential that has to be taken seriously!