With component manufacturers becoming more accustomed to the benefits of remanufacturing, the aftermarket must not forget companies that have based their philosophy on remanufactured parts.

For over 33 years, Autoelectro has been remanufacturing and supplying starter motors and alternators to the aftermarket. Throughout this time, the company has sought to be one of the best in terms of range, availability, quality, service and technical support.

Since 1986, Autoelectro has witnessed huge changes within the industry. Despite this, the company and its directors have remained true to their original philosophy, whilst many of its original competitors have perhaps failed to do so. To survive within this market, Autoelectro has reacted swiftly to changes and challenges in all key areas that the business has been focused on from day one.

In the early days of Autoelectro, 20 part numbers would cover 80% of the vehicle parc. Today, in comparison, the company can supply from stock in excess of 4,000 individual part number references. Investment, time and knowledge are key, and Autoelectro claims that its new-to-range development is unrivalled.

Quality is paramount, but, in recent times, the company believes that the quality of parts in the aftermarket has been questionable, with an influx of new parts from the Far East. As a full line remanufacturer, Autoelectro has continually invested to create what it regards as the best equipped technical facility in the UK. This has enabled the company to keep pace with new technologies driven by emission control, with stop-start, smart charge, hybrid technologies and more.

Autoelectro claims to have always been highly rated on its service, as well as for catering to rare and obscure applications, and having new-to-range parts added each week.

Nick Hood, who heads up sales for the company, has over 25 years of experience in the automotive industry. Having previously been a buyer for a national buying group, Nick is able to see the business from both sides of the industry, making him well placed to comment on the success of the company.

“Understanding the customer’s needs is vital,” commented Nick. “This is a challenging product, and this is especially the case today with Far East copies, a massive shift in technology and the proliferation of part numbers. In a previous role, I’ve had the chance to evaluate many suppliers and nearly all of Autoelectro’s competition. I have always believed in Autoelectro, and with the changes I’ve seen, such as our competitors moving away from remanufacturing to new Far East parts, my belief has never been greater than it is today.

“The number of short run part numbers is increasing, and this is an area that the Far East manufacturers will never be able to service. As a remanufacturer, we can acquire a couple of old core parts and have the application in range within a week.” 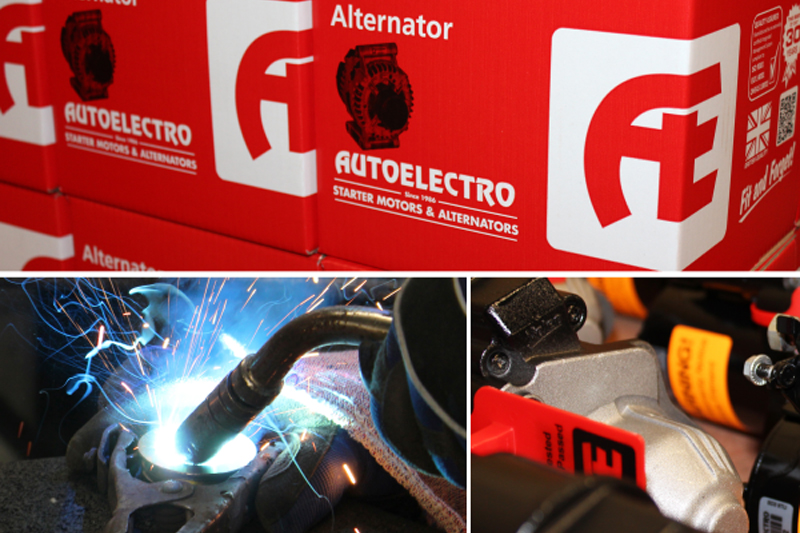 Nick thinks that ‘the Autoelectro way’ is here to stay, not only because it is supposedly more flexible and adaptable to finding a solution for the customer, but also because it’s an environmentally friendly process.

“If we take France, for example, 20% of the parts sold in the aftermarket have to come from re-used or remanufactured sources. The practice of remanufacturing is much greener than scrapping the old part and replacing it.”

33 years on in a challenging product sector, Autoelectro remains true to its original values, is optimistic about its future, and, with a management team more than capable of spotting market trends and accommodating customer requirements, the company believes that another 33 years is easily on the cards.