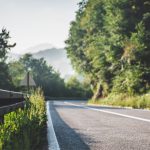 With vehicle technology in a state of rapid transition, Schaeffler offers its predictions for the future and explains what it is doing to counter the challenges associated with this change.

New car sales fell for the first time in six years during 2017, ‘diesel’ is now a hot topic of controversy, and there is an EU target to reduce NOx emissions by 50% by 2020 – 180g/km to 95g/km. Schaeffler believes that these challenges will now cause many potential buyers to sit and wait for the right time before choosing their next vehicle. So, what does the future hold? Micro hybrids are the current green power method of choice, but plug-in versions are becoming increasingly popular, and fully electric sales grew by 60% over the last 12 months. Hydrogen Fuel Cell Vehicles (HFCVs) are another area of growth and could be the next big thing.

But is the infrastructure in place to have millions of zero emission, EV or HFCV vehicles on UK roads? The evidence suggests that it would be a struggle; for instance, there are only 12 hydrogen filling stations in the UK. Some energy market analysts claim Britain will need to plough billions of pounds into new power plants, grid networks and electric vehicle charging points to avoid local power shortages in the future.

The pessimism hasn’t stopped manufacturers from forging ahead with their plans for the future. BMW plans to be fully electric by 2025, while GM has promised to launch a mix of at least 20 EV and HFCV models by 2023, including two by the end of this year.

But what do all these developments mean for the automotive aftermarket? Schaeffler believes that, no matter what power units drive the vehicles of tomorrow, they will still all use a rolling chassis, with wheels, tyres and suspension systems. Some of the jobs technicians currently undertake will probably be phased out, such as exhaust replacement and oil changes, but as revenue opportunities close, new ones will open. Schaeffler says its philosophy is to educate, inform and provide technicians with the ammunition for when these new types of vehicles arrive at their workshop, instead of having to turn work down and send potential customer to a specialist.

Its advice to motor factors is that they need to be prepared. If they haven’t done so already, they need to look at their long- term business plan, and evaluate their strategy to accommodate new and upcoming innovations that will enter the automotive aftermarket in the future.

Acting early and getting ahead of the curve will help them maximise the new revenue opportunities that will arise – and as a supplier of new technologies, Schaeffler is in prime position to continue to support both technicians and its distributors as demand grows.

One of the technologies that has now made it to the original fitment stage is the 48V hybrid module. This ‘entry level’ method of hybridisation is, essentially, an electric motor and clutch package that can be installed between existing transmission and engine combinations.

A range of functionality can be incorporated into these optimised 48V systems, such as mechanical tensioners for starter-generators, which radically alter belt drive systems during the start-stop phase, as well as electromechanical steering adjustment, suspension modules, axle drive solutions, torque vectoring units, anti- roll control systems and even a dual mass flywheel. Another Schaeffler development is the E-Wheel drive, a fully electric in-hub motor system first developed with Ford for the Silvretta E-Rally in 2013. This type of propulsion system has been rapidly embraced by many niche manufacturers from around the world, such as NSK in Japan, American brand Protean and the crowd-funded Riversimple from Wales; with its four-in-hub motor- driven, hydrogen powered Rasa HFCV.

One benefit of installing motors in the wheels is the amount of space it liberates, as well as the intriguing possibility of having 180° steering that would, literally, allow motorists to ‘parallel park’ by driving sideways into a free space.

Another Schaeffler development comes in the form of the Intelligent Anti-Roll Control (iARC) system which helps to reduce body roll. This electromechanical system physically adjusts the suspension, raising and lowering the corners of the vehicle to keep it as balanced as possible during cornering.

Manufacturers, like BMW, Porsche, Bentley and Audi, are already fitting the system into their luxury SUV models, and as VMs begin to see the benefits, expect to see versions of the technology installed into some mainstream models.

0 0 0 0
Previous : Are Distributors Being Left Behind?
Next : Leisure Product Portfolio