With E10 now the standard petrol sold at petrol pumps, there’s much confusion about what this means for the UK car parc. Dan Morgan, Sales and Operations Director for Lucas Oil Products UK, is on-hand to explain.

The Government’s awareness campaign advised that any car built before 2011 might experience problems once the new E10 petrol standard was introduced, which it will be in Great Britain this month, and in Northern Ireland early next year. Some motor factors and garages have ignored the issue so far because the E5 option continues to be available. Similarly, many consumers expect that only classic cars will be at risk. The realities of the story are more complex.

Early estimates suggest that the switchover to E10 will make a significant difference to air quality across the UK. The move is likely to remove about 750,000 tonnes of CO₂ emissions per year, which is essentially the equivalent of taking 350,000 of the most polluting cars off the road.

A downside is the potential for damage to internal combustion engines (ICE) fitted to many of the cars still on the road. Lucas Oil already offers a quick-fix solution. The company’s Safeguard Ethanol Fuel Conditioner with Stabilizers was developed to provide protection for US cars when that market adopted higher ethanol levels in 2014.

What problems does it cause?

Ethanol is hygroscopic; it ‘pulls’ water from air. When enough water contaminates the petrol, phase separation occurs. Two distinct layers form in the tank. On top is petrol, while underneath it is an ethanol/water mix. It’s this layer that promotes metal corrosion to exhausts and injectors, as well as causing other internal running problems.

High sulphates and copper contents promote gum and carbon deposits on injectors. The ethanol dries out unprotected rubber in certain types of hoses that may swell and rupture from the inside. Seals and other plastics are also likely to be adversely affected. E10 is a less stable fuel that inhibits ignition in cars that are infrequently driven and those that make large numbers of short journeys. 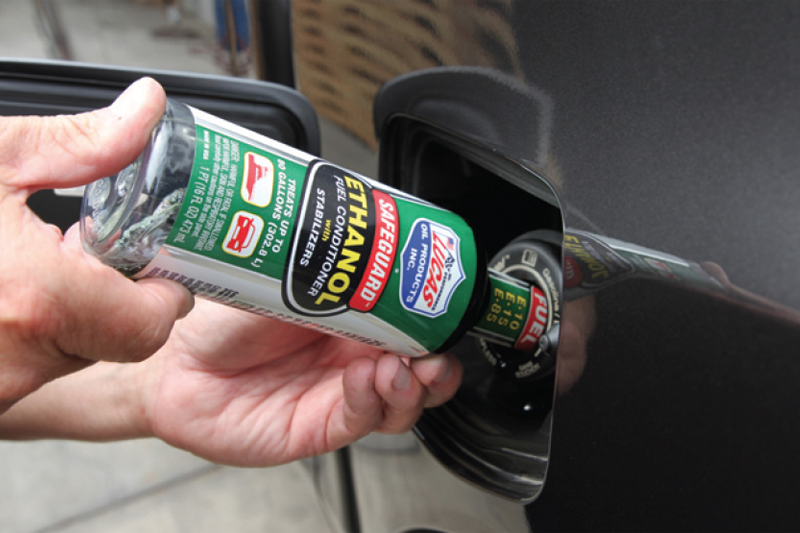 Factors can get ahead of the game by informing their garage customers how to prevent these problems. Lucas Oil’s best advice is to:

Meanwhile, garages need to be monitoring air intakes and EGR systems for increased deposits. They must also be proactive by providing advice about preventive maintenance and the use of additives. This is particularly important in areas where fuel stations have just one petrol fuel pump, as supplies will be difficult to access. So, although E5 fuels (95 Octane) will still be available, they will only be supplied by fuel stations with more than one fuel pump. Moreover, it’s likely that in future, such fuels will be sold at a premium rate.

For now, Lucas Oil recommends that the owners of all cars equipped with an ICE should use additives to protect their investments. The company says that it’s not yet clear which models and which components are already E10 proof. Furthermore, there will be concerns about the quality of any replacement hoses that may have been used in any fuel system repairs.

This means that the fuel additive route is the best way forward. Lucas Oil’s own product has a long track record of success and some high profile users. According to the National Motor Museum at Beaulieu, for example, its vast and valuable collection of vintage cars is well protected: “If the National Motor Museum uses any vehicle that runs on normal petrol, we ensure that we add Lucas Ethanol Fuel Conditioner on every occasion.” The museum added that its tours have recently been reintroduced and, as a result, requests for information about how to protect older cars against the potential threats from ethanol have risen significantly. 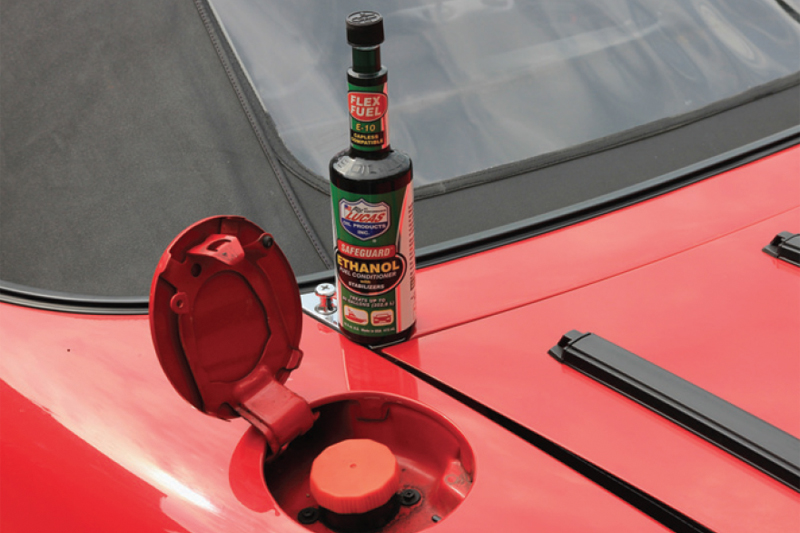 In addition to the threats posed to car engines, Lucas Oil has identified potential E10 issues for petrol engines in other markets. These include motorcycles, leisure craft, such as ATVs and boats, as well as equipment used in the garden machinery sector.

There seems little doubt that while E10 fuels pose problems for many cars in the UK car parc, there are significant revenue opportunities for motor factors that are able to supply the appropriate additive protection to retailers and garage proprietors. Are you one of them?