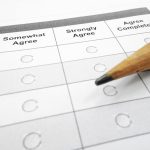 Brexit: Views from the Trade

At the end of last year, Kalimex commissioned its 8th annual independent market research survey. With Brexit being the topic of the moment, the survey yielded some interesting results…

In December 2017, Kalimex, the UK distributors of K-Seal Permanent Coolant Leak Repair, commissioned its 8th annual independent market research survey. In total, 1,429 motor factors were contacted. The primary aim of the research, which required factors to be divided into two groups (members of buying groups and independents), was to find out if K-Seal had retained its number one bestselling status. This year, motor factors were asked for their feedback on Brexit and how the Brexit decision has affected their business – positive, negative or no effect at all.

“Although two thirds of the sample said that Brexit was having no impact on their business, a third said it’s had a negative impact,” said Mike Schlup, Kalimex MD.

“Although the trend was similar across the two groups, non-buying groups saw Brexit as more harmful than their opposite buying group members, and conversely, over three times as many buying group members saw it is as a positive. This may be partly down to the nature of the respondent’s role. On the independents side, the person contacted was more likely to be the owner or manager, whereas with the buying groups, they were more likely to be a manager with less of a vested interest in the store itself; in which case, they were more likely to be expressing a personal view. Time constraints meant we couldn’t take this line of questioning any further. The maximum time you’ll get from a busy factor is five to seven minutes; we spend most of this finding out how they rate K-Seal.”

The factors who expressed an opinion of Brexit – good or bad were given the opportunity to comment:

“The business has become busier.”

“It was very negative to start off with, but then it turned round and it’s now very positive. I couldn’t tell you why.”

“Sales seem to be up and profit is up.”

“Everything has gone up since Brexit.”

“We have had to put our prices up, but we do not want to push our customers away, so instead we are losing profit.”

“The overriding sentiment was that people are uncertain about the future and are wary of spending,” said Mike. “But, motor factors are a hardworking and tenacious group. They’ve always faced challenges and risen to them. I think that now more than ever they should look to their suppliers for marketing support and premium quality products that sell quickly, are trusted by the trade and offer decent margins. The days of inferior quality me-too products are over because if a customer is spending, they will want to be certain they’re spending well.”

0 0 0 0
Previous : CPD Certificates To Be Awarded At Automechanika Frankfurt
Next : IAAF’s Williamson Re-elected To FIGIEFA Board