As part of MPD’s customer incentive, PMF took to the road to visit Trinity Service Station in Chelmsford, to meet its Owner, Alan Guys, as he received a very special gift.

As an extended celebration of the company’s 20th anniversary, Motor Parts Direct has been running a customer incentive, whereby three lucky MPD customers had the chance to win a brand new Citroën C3 each month, the first of which was run in conjunction with Bosch. The first garage to be chosen was Trinity Service Station. The more Bosch parts that were ordered through MPD, the better the chance of winning, and luckily for Alan Guys, the odds were in his favour.

Upon meeting Alan, it became immediately clear that he was a genuine character, having initially pretended to be the man who had sacked Alan Guys the day before. Once that was cleared up, he proceeded to divulge on the business: “Trinity Service Station started in 1994, when I took over the business. I worked here before that, when the place was called MLR Motors. Back then, it was a Golf Petrol garage, and it only had two workshop bays and didn’t do MOTs. When I took over in 1994, Golf sold the business to me. These days, this place is the real definition of a family-run business; my sons work here, and so does my wife.” 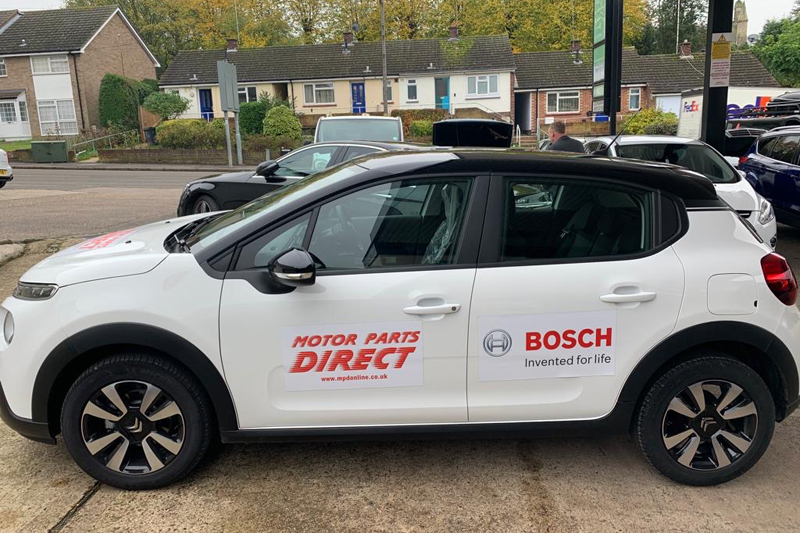 A lot of Alan’s customers know him on a first-name basis, and this is the result of working relationships that have been culminated over decades. Another relationship that has spanned decades is Trinity’s association with MPD. Having been an MPD customer since the very beginning, it all began as a result of Alan’s prior connection with Daren Bigwood, MPD’s Regional Manager. “I’ve known Daren since day one. Going back 20 years, there weren’t any of the big players on the scene like there are now, and MPD was the first of these to arrive in town. When Daren and MPD came on the scene and informed me of their capability to supply us with the parts that we needed – showcasing the company’s ability to be our one-stop shop – I decided to go into business with them,” commented Alan.

For MPD, establishing and maintaining these positive relationships with its customers is an essential means of developing itself so that in 20 years’ time, we’re talking about the company celebrating its 40th anniversary. Alan added to this sentiment: “Our relationship with MPD is good; there aren’t any problems whatsoever, but if we did have any problems, we know that they would be sorted straight away. They’re very good at dealing with issues, and the staff are easy to talk to. Luckily for me, I’m very close to their local branch, so the company’s vans are in and out of here all the time.” 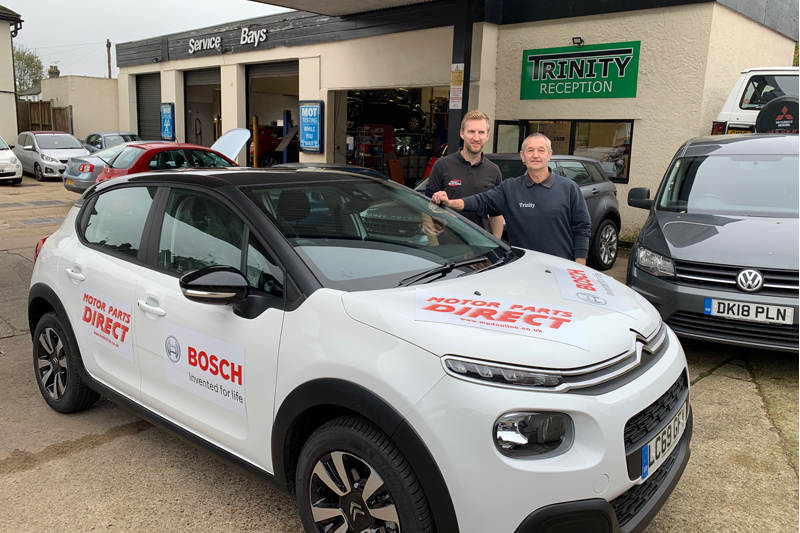 Having handed Alan the keys to his brand new vehicle, Kevin Blazey, MPD’s Marketing Director, commented, “This promotion has been a great success for MPD in marking our 20 years of business. It was great to work with Bosch for the first of our three car giveaway promotions, one of which has gone to Alan today. This is our biggest ever giveaway, and we have had a great uptake from our customers who have been keen to win a brand new car.”