PMF took a trip to Mon & Border Motor Factors in Newport, Wales, to see how a business that started over 50 years ago in a small house has grown to become a staple in the local community.

Upon walking into Mon & Border, the family atmosphere is instantly noticeable; the staff are friendly and the customers are engaged, and the owner, Nigel Davies, is at the centre of this. After being treated to the grand tour of the business’ now larger premises, PMF sat down with Nigel to talk about the company, its A1 membership and its relationship with Comline, amongst other things.

On why the company has become such a big part of the community, Nigel commented, “People trust us. We’ve been here for a long time.” This is reflected in the factor’s customer base, with some customers trading with Mon & Border for over 30 years. Nigel added, “I’ve been here since I was 11 years old – I used to reline brake shoes. We’ve been trading for over 50 years now, and we’re still a family-run business.”

Whilst the business is literally a family-run business in the strictest sense, the staff seem like family. Even Mon & Border’s Manager, Mark Doney, started over 33 years ago at the company at grassroots level. Nigel was eager to showcase this family sentiment: “It is a family here; everybody knows each other, and we help each other out wherever we can. We work together – and it works; if anybody wants anything, I’m always here.”

With Mon & Border having been trading for over 50 years since it was started by Nigel’s father, Bob, it is testament to its values that it remains a family-run business. Even Nigel’s mother, Betty, who is 90 years-old and has been present from the start of the company, still makes her way into work. Betty is no anomaly; out of Mon & Border’s 21 staff, 12 others have been working at the company for over 15 years, with Trixie Curtis the longest-serving member of staff – bar Nigel – with 50 years of service. David Atkins, who has been working at the company for 44 years, having joined straight from school, has “got the keys to the building and he’s even got the keys to my house,” pointed out Nigel, demonstrating the level of trust that he has in his staff. 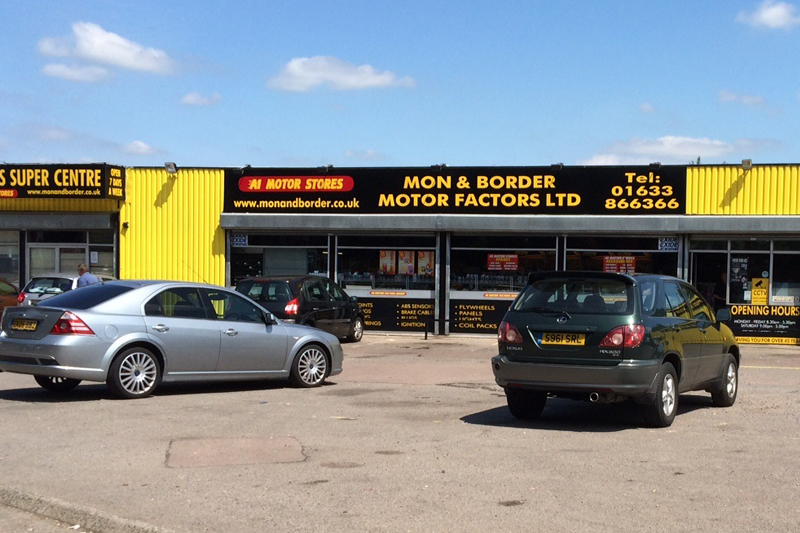 As an independent business owner, Nigel can make a decision “about anything in about two minutes”. He stressed that this independence is helped – and not hindered – by the company’s relationship with A1 Motor Stores, claiming that: “it is independence, really.” Although the network buys into factors like Mon & Border, it doesn’t force anything upon its retailers. Nigel commented, “They have preferred deals, and this works because, being independent, you don’t often have people coming through your door. I’m comfortable being in the A1 group; it has only worked well for us, and it has given us a corporate image whilst maintaining our independence. Their marketing capabilities are very good, and they help to steer us in the right direction.”

Also present was Peter Cox, General Manager – UK Sales for Comline, and he had nothing but good things to say about the relationship between A1 and Mon & Border: “A1 provides Mon & Border with the right suppliers and the right deals, and the factor is able to take those deals because they work for them.” Nigel added, “Because of our relationship with A1, we get a lot of clout. People come here and they might not think that we’re an independent store; they might think that we’re a multinational, so when they come in and they see me behind the counter, they think that I’m just a cog in the wheel.”

As a result of Mon & Border’s A1 endeavour, the business has been able to forge a particularly strong relationship with Comline, which Nigel pinpoints as “very successful”, adding that: “Comline has been very helpful in driving our own business forward.” Peter shared this sentiment, noting a clear growth in the Comline brand since the relationship began. Perhaps a reason for the strength of this partnership is Nigel’s attitude towards his suppliers: “The supplier is as important as us. I like the continuity that we have with Comline; if we keep changing suppliers, our customers will lose faith in us. Because we’ve been here for 50 years, people trust us, so when we put our name to the products that we’re selling, our customers know that it’s a good product.”

An element of the trust that the company’s customers have in it is the personnel. Nigel insists that a secret to the factor’s success is continuity of staff, commenting: “Because our customers don’t see different people behind the counter every week and because we have very experienced staff, they can trust us – it’s all about building a rapport. Personally, I spend most of my time behind the counter, and in this day and age, you’ve got to be at the front-end of the business to really see what’s going on.”

As the day went on, the conversation turned to the much-maligned skills shortage within the aftermarket, which Nigel labelled as “massive”. He found this to be the case because: “It’s a very difficult industry; every day’s a school day, and you’re always learning something new. Even the technological advances have meant that a lot of the stock has changed. People working in motor factors have got to know their way around a car just as well as a technician!” In having this understanding, factors can help to educate their customers. 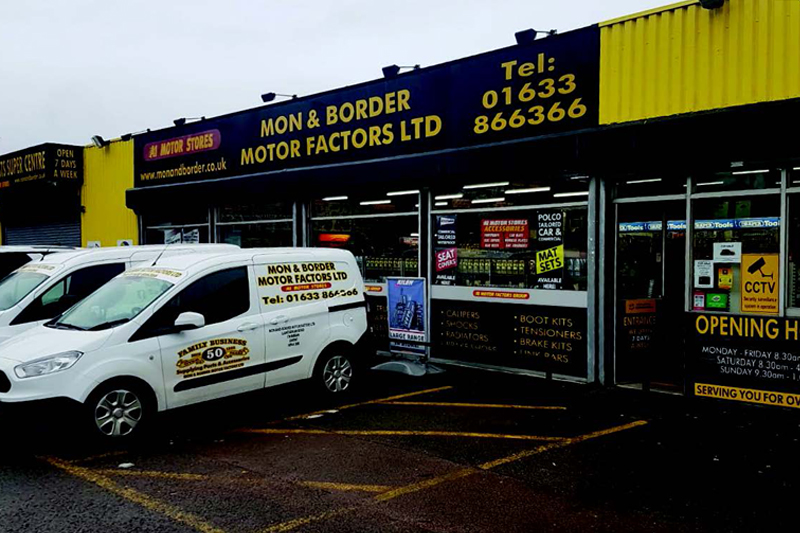 Comline was pinpointed by Nigel as a supplier that is helping to bridge this gap; its products are accompanied by technical data to help with fitment. Peter stressed that this was especially important with products that aren’t well understood, such as cabin air filters, stating that: “Cabin filters are an industry-wide problem; people should be replacing them and they’re not – some garages don’t know where they’re located and, as a result, they shy away from fitting them.” Comline has been running a campaign to overcome this – distributing leaflets, which Nigel is eager to give to his customers, describing himself as “passionate” about solving the problem.

Throughout the day, it became clear that Nigel’s passion also extended to his customers, which was fervently demonstrated by his desire to sell them the right part. Nigel commented, “We work with our garage customers. Like I’ve said, people trust us, and they trust us to sell them the right product.” This trust appears to be the culmination of a team unit – a family – working together to achieve what could not be done individually; perhaps Mon & Border has found the secret to success after all.