Car makers first started using battery support units in the mid-to-late noughties. The first units were low powered, perhaps 25A, and had little or no functionality; you switched it on or you switched it off.

The requirements for battery support are now widely understood. Technicians are aware of the electronic loading that a vehicle can place on the battery when the vehicle is in a ‘key on, engine off’ condition. With a vehicle drawing 20A, or 40A, or even 100A, a typical 60 or 70Ah battery will be unable to sustain that demand for more than a few minutes before the voltage drops, with the result being the electronic control system in the vehicle starting to run into difficulties.

Whilst we know the products as battery support units, they are really ‘voltage stabilisation units’. During diagnostic or programming work on a vehicle, the critical element is that the voltage operating in the vehicle is at both a sufficient level – typically 13.5V, or even up to 14.8V on some vehicles – and that the voltage is constant and stable. Due to the power consumed by the vehicle, the battery cannot sustain the electronic system for long, so the battery support unit takes over. It performs two functions for battery support, maintaining the voltage at the set level and instantaneously providing current to the vehicle to match the current draw at that moment. 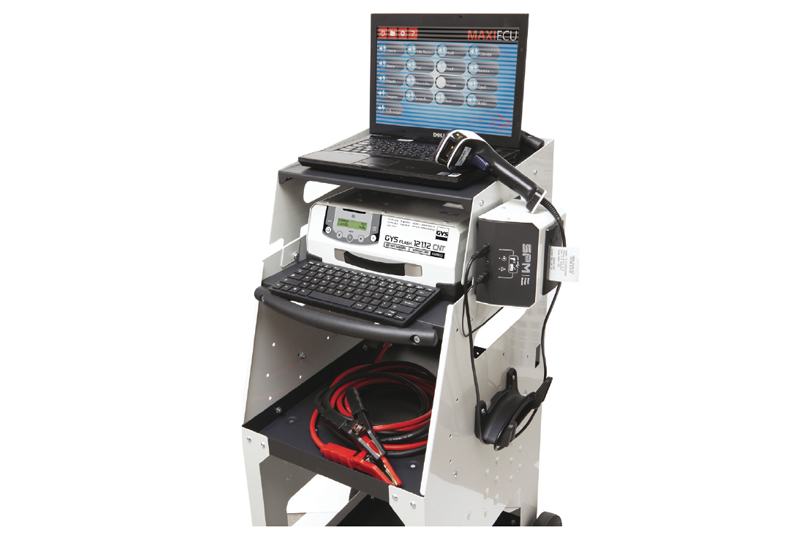 Without even considering alternatively fuelled vehicles, the increase in complexity of the electronic systems on ICE cars over the last 10 years has been transformational. This has resulted in car makers specifying ever more output capability to support vehicles during programming, with 100A, or even 120A, being typical nowadays. Considering that to charge a battery typically around 7A is what is needed, we can see that 100A is at another level.

Though GYS is now the largest manufacturer of battery support units, much of the functionality expansion of the product comes from the car makers. Consequently, last year, the company launched the GYSFlash 121 CNT – CNT denoting ‘connected’ – which not only raised the output to 120A, but opened up comprehensive connectivity to the product. With new development having been developed, these units now offer future upgradeability and the ability to record the charge data. 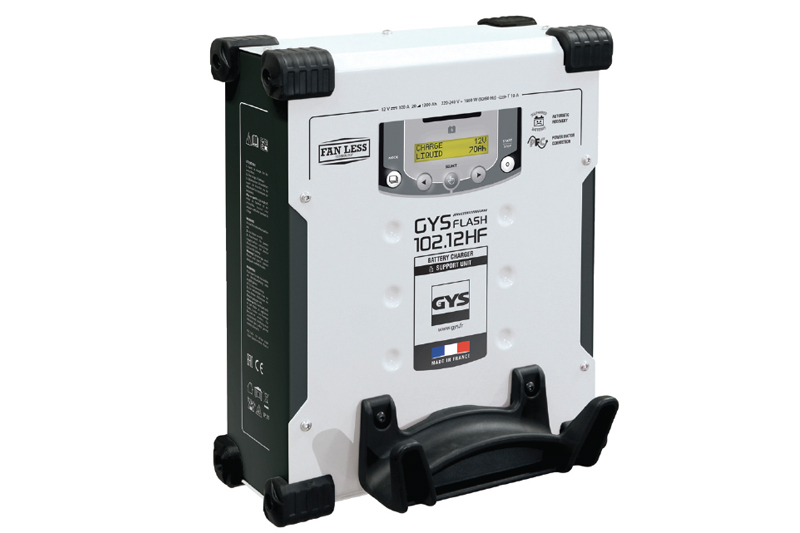 As well as increasing energy demands for the vehicle, the occasions when battery support is essential are also expanding. Originally for basic diagnostic and programming tasks, including service resets and electronic hand brake adjustment, we now see windscreen replacement needing programming and battery support. The proliferation of ADAS and its maintenance now requires the windscreen and bodyshop sector to be as engaged to the mechanical sector as to the battery support requirements.