The demand for exhaustrelated sense and control components continues to increase as vehicle manufacturers now rely on a host of electronic devices to achieve cleaner combustion. However, with these operating in some of the most hostile environments in terms of heat and toxicity, they are highly prone to failure.

With this need for exhaust-related components continuing to increase, Elta has witnessed a clear shift in the product pareto.

In order for motor factors to help workshop customers ensure they are fully diagnosing faults and getting to the true cause of the problem, it is imperative that they are aware of the exhaust related components that generally fail most often and why they do so. 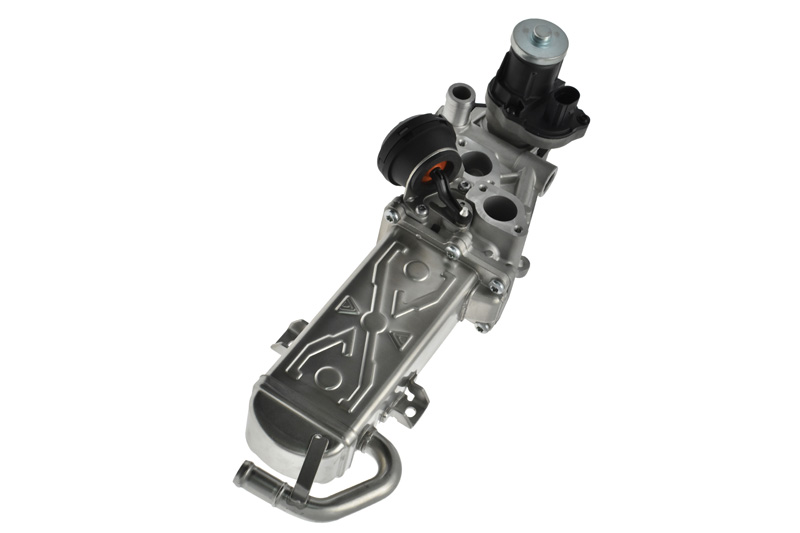 Factor tip: Pass on simple advice to workshops, such as, if replacing the EGR valve and the old part is clogged with soot/carbon, clean the exhaust system with a product like Terraclean before fitting the new part. This will reduce return rates and improve customer satisfaction.

Lambda sensors improve the efficiency of combustion engines and help reduce harmful exhaust emissions, such as carbon monoxide. They operate by measuring the amount of oxygen in the exhaust. An efficient engine requires a specific amount of air and fuel in its cylinders at combustion, with the perfect ratio being 14.7:1 (14.7 parts air to one part fuel).

Factor tip: When selling a new exhaust, recommend that Lambda sensors are purchased too, as they are often damaged when they are removed from the old exhaust and may be near the end of their life anyway. This saves time in the long run and increases sales. 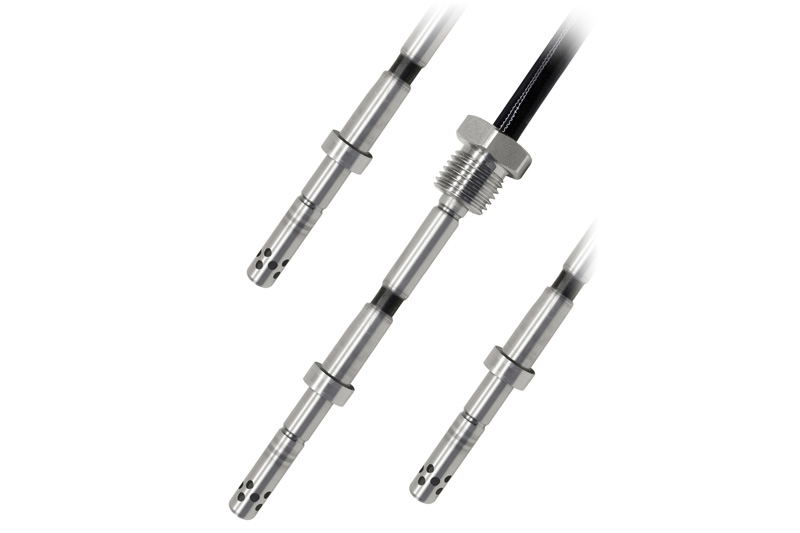 Factor tip: In common with Lambda sensors, when selling a new exhaust, recommend the exhaust gas temperature sensors are purchased too, as they are also often damaged when being removing from the old exhaust.

The exhaust gas pressure sensor or exhaust back pressure sensor (EBP) is a key component in the DPF regeneration process. The DPF traps particulate matter and soot, preventing it from harming the environment.

The EBP sensor monitors the pressure before and after the DPF, to identify a difference in pressure caused by a build-up of soot. It then instructs the ECU to initiate DPF regeneration. 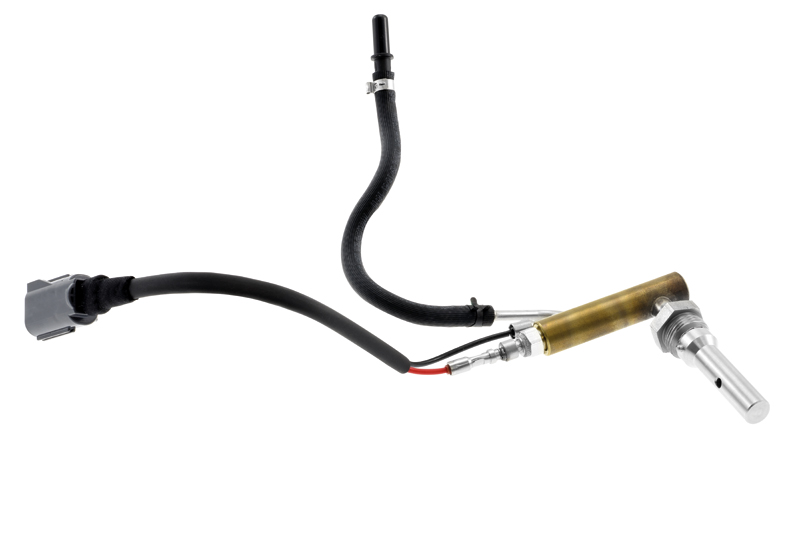 DPF regeneration requires extremely high temperatures for soot to be removed from the DPF by combustion. When normal driving conditions do not allow for this temperature to be reached in the exhaust system, additional processes must be introduced to raise the heat. Traditionally, post-injection of unburned diesel fuel into the combustion chamber provides the catalyst and raises temperatures. However, this has been found to cause oil dilution leading to premature engine wear or more frequent servicing.

Fuel vaporisers go some way to solving this problem, as rather than being injected directly into the combustion chamber, fuel is directed to the fuel vaporiser. The vaporiser then uses an integrated, electrically heated glow plug to evaporate the fuel before injecting it into the exhaust gas stream ahead of the catalytic converter/diesel oxidation catalyst. Vaporised hydrocarbons are then burnt on the catalytic converter, releasing energy from exothermal chemical reactions and raising the temperature before the DPF, allowing for regeneration to occur without oil dilution or the need for additional cooling.

Factor tip: On many Fords, the vaporiser is thought to be the main cause of DPF issues. This is invaluable advice to pass on to workshop customers, as the rise in demand is certain to continue.

Elta has introduced another exhaust sensor-related product that is increasingly necessary to allow technicians to undertake a full, thorough repair.

EGR valve coolers are integral to the performance of the EGR values, so must be part of a comprehensive EMS programme.

The initial range of 32 part numbers comprises coolers, valves with coolers and cooler inserts caters for 154 applications, which represent more than three million vehicles in the current car parc.

The range features QR codes on the packaging, enabling installers to access a quick link to product specific fitting and technical advice, without having to open the box.

0 0 0 0
Previous : Maintaining standards in a continent of change
Next : The imitation game