Denso’s Assistant Manager, Aftermarket Network UK & IE, Mike Sadler, discusses the role of glow plugs in reducing emissions, as well as how factors can use the industry’s lack of understanding of the component to their advantage.

The automotive aftermarket is more aware than ever of the need to reduce vehicle emissions. Despite the considerable hurdles left to jump before zero-emission vehicles dominate the road, when it comes to glow plug technology, action can be taken to ensure that it is as efficient as possible.

In a diesel engine, combustion is achieved by compressing the air in the combustion chamber. The compressed air raises the temperature and fuel is added to initiate the combustion cycle, powering the engine.

During the combustion process, if the combustion cycle doesn’t meet the required temperature, not all of the fuel will burn. The unburnt fuel becomes carbon particles, which are harmful to the environment, and are released into the atmosphere via the exhaust.

In order to avoid this scenario, glow plugs are used to heat up the air and ensure that the correct temperatures are reached, so all the fuel is burnt and harmful emissions are reduced.

Glow plugs also play another important role in reducing emissions – they provide heat for the diesel particulate filter (DPF) at regular intervals, as determined by the engine management system (EMS).

All new diesel cars are fitted with a DPF, which prevents toxic soot particles being emitted from its exhaust by collecting them and periodically exposing the particles to high temperatures in order to burn them, turning them into harmless ash. This is known as DPF regeneration.

If a car is driven at high speeds for a long distance – on the motorway, for example – the continuous and stable heat flow from the exhaust is sufficient to clean up the DPF; the heat will burn any unburnt soot particles, or their remants. However, if the car is driven at low speeds, and is frequently stopping and starting, such as in cities, there is not enough heat for DPF regeneration. 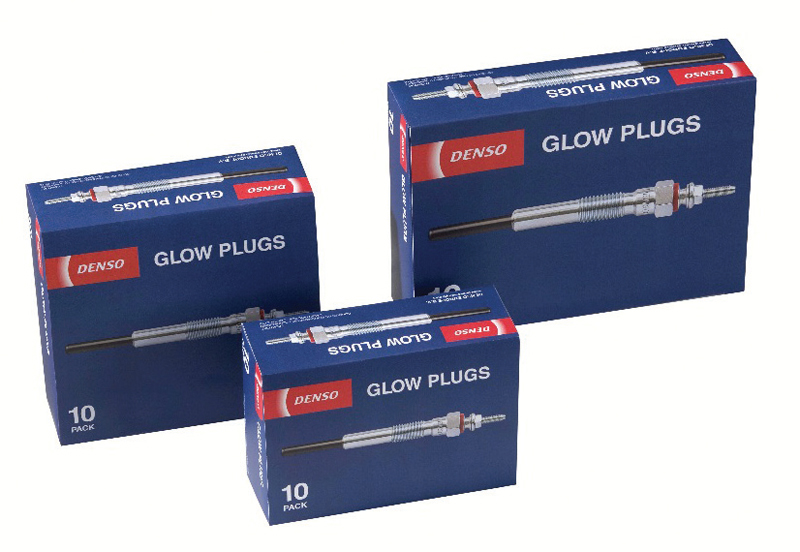 In this case, the engine control unit (ECU) activates the glow plugs and injects additional fuel into the engine, which ignites and heats up the DPF, so that regeneration can take place.

Problems can sometimes still occur if the journey is too short, as the regeneration process may not be completed. The latest glow plugs, such as instant heating plugs, reduce the likelihood of this happening, as they can quickly reach the required temperatures, reducing the regeneration time.

What’s the role of the glow plug control unit?

The glow plug control unit interprets information from the ECU to regulate glow plug operation and optimise engine performance. It decides when they are in operation and how much electrical current is used, which, in turn, determines the temperature.

It’s a delicate balance; if a glow plug is not on for long enough, or does not reach the right temperature, the fuel mixture will not ignite efficiently, but if a glow plug is on for too long or gets too hot, it can be damaged, which, in turn, risks harming the engine.

Extended post-heating functionality means that the glow plugs are active before, during and 60-180 seconds after the engine stops running. This ensures the combustion process is fully completed, with all air and fuel vaporised and no harmful carbon particles released.

An instant heating double coil glow plug has a heating coil and a regulating coil integrated into its probe. This helps it to heat up faster than a ceramic glow plug, further improving engine efficiency and lowering emissions.

How can factors encourage their customers to ensure good glow plug performance to control emissions?

Factors should make sure that their customers do the following:

What future developments could impact glow plugs and emissions?

The future of diesel engines is unpredictable; many OE manufacturers have turned away from developing diesel engines in favour of alternative fuels, such as electricity. In order to make diesel engines more efficient, however, thinner and longer glow plugs are being developed. Thinner glow plugs result in faster heating times, helping to improve engine starts and reduce emissions through complete combustion and DPF support.