Banner’s CTO Thomas Bawart looks ahead at the future prospects of traditional lead-acid batteries in the automotive industry.

Given the rapid emergence of lithium-ion batteries within the automotive sector following the development of hybrid and electric vehicles, it begs the question: is there a future for traditional lead-acid batteries and, if so, how is this likely to shape up?

Looking at the evidence currently available, the landscape actually looks very bright indeed. Newly-elected Chairman of the Consortium for Battery Innovation (CBI) Dr. Christian Rosenkranz, for example, outlines a positive future for lead batteries. Indeed, he predicts a high-growth performance for lead-acid batteries over the coming years and sees it as a technology necessary for a decarbonised future.

He stated: “Lead batteries will deliver a low carbon future, with market analysts Avicenne Energy predicting the lead battery market to increase by 61,000 MWh between 2025 and 2030.”

Such confidence in the demand for lead-acid batteries also emanates from a recent study commissioned by a consortium of industry associations. Written by Ricardo Strategic Consulting and entitled ‘Automotive Battery Technology Trends Review’, the study’s executive summary concluded: “Lead-acid batteries are the only technology capable of fulfilling all the major 12V requirements, from start-stop functions to reliable auxiliary batteries. No other alternative technology can achieve this functionality at this time.”

It will come as little surprise, therefore, that prominent original equipment battery manufacturers such as Banner have signalled their intention to develop the next generation of traditional start-stop lead-acid batteries. These companies are hopeful that their batteries will deliver further refinements in relation to charging and power output through the deployment of optimised cell design and other technology-driven design improvements. 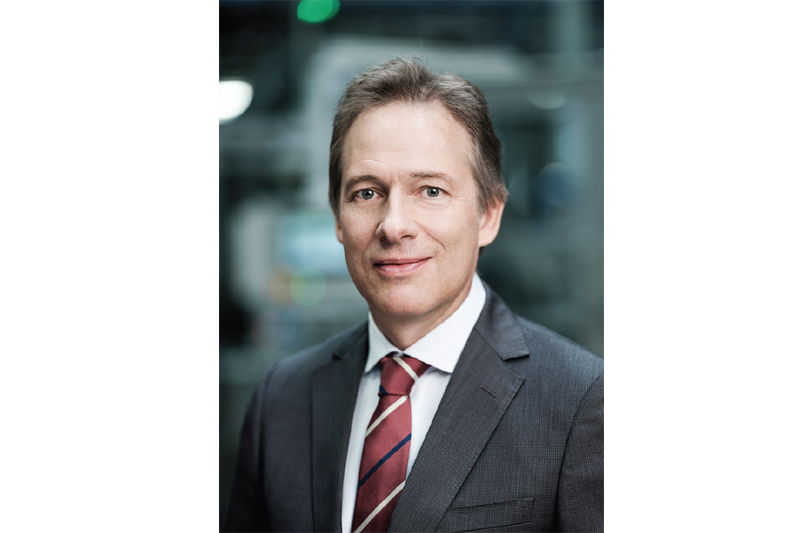 Thomas Bawart, CTO at Banner, commented, “Combinations of 12V lead-acid starter batteries and lithium-ion-based, high-voltage drive batteries are standard to the latest hybrid and electric vehicles, and this will remain the case in the coming years. The main advantage lead-acid batteries bring to the fore, however, particularly in relation to today’s modern and highly efficient absorbent glass mat (AGM) and enhanced flooded batteries (EFB), is their sustainability.

“Banner’s environmentally friendly start-stop batteries not only help to save considerable quantities of fuel, they are designed and manufactured to deliver the highest collection ratio of all recyclable goods, including glass and paper,” he added.

Enter Banner’s latest AGM starter battery frontrunner, a 50Ah Running Bull AGM that is compatible across a raft of models, such as the Suzuki Swift/Splash, Vauxhall Adam, Hyundai Kona and Kia Stonic. In what stands to be a European aftermarket first for Banner, the Running Bull AGM 55001 part number is currently installed in the BWM i8 as a back-up battery, but its appeal will also stem from its suitability as an upgrade for conventional back-up batteries in electric vehicles. 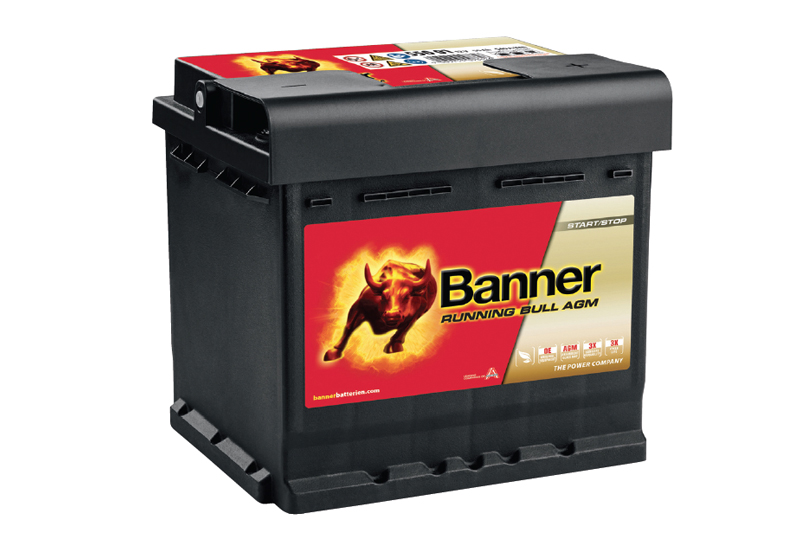 Assuredly, with a third of Banner’s sales volume today attributable to environmentally friendly start-stop batteries, the latest AGM to join Banner’s aftermarket product offering serves to support the increasing relevance of this battery technology to both the current and constantly emerging aftermarket vehicle applications.

Commenting on this latest development, Banner’s Country Manager Lee Quinney said: “The importance of AGM and EFB battery technology continues to gain momentum in the UK aftermarket, and we are confident that the new Running Bull part number will help consolidate Banner’s position within what is an increasingly important sector. The new-to-range AGM not only exemplifies Banner’s standing as a complete solutions provider, it once again reflects Banner’s prominent reputation within the OE arena.”

Given that battery technologies deployed in start-stop vehicles cannot be interchanged, Banner remains active in promoting its web-based VRM battery application guide, which is available here.