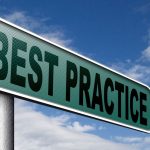 Mark Blinston, Commercial Director, BM Catalysts, tells PMF that there is much more to DPF pressure pipes than just the up-selling opportunity for motor factors.

A diesel particulate filter (DPF) pressure pipe is a metal tube that connects the DPF unit to a DPF pressure sensor, allowing the sensors to measure the inlet and outlet pressures of the DPF. A product in its own right, the pressure pipe is available in two variants: fixed – welded into, and supplied as part of the DPF; and detachable, secured by a nut.

Pressure pipes are problem solvers. As the amount of particulate trapped by the DPF increases, the pressure at the inlet side of the DPF increases in comparison to the outlet. The sensor uses this comparison to calculate the amount of particulate matter trapped within the DPF. By measuring this pressure, combined with the temperature of the DPF, the software can identify blockages and determine preventative or corrective maintenance.

Understanding what pressure pipes are and what role they play in helping a diesel vehicle operate as cleanly as possible is straight forward enough, yet it’s a message that needs reiterating as often as possible, with each relevant customer interaction. It’s ultimately about education. We need to educate mechanics about how pressure pipes add value to motorists and the general air-breathing public, thus challenging the way pressure pipes are viewed, and creating a more accurate perception of how they need to be treated.

Pressure pipes are very thin, usually around 8mm in diameter, are exposed to the elements, due to their position on the underneath of a vehicle, and are therefore susceptible to damage. As such, and due to their slim form, any damage to the pressure pipe can be made considerably worse if and when the pipe is handled during removal.

The crux of the matter is this: in an ideal world, new pipes should be fitted with a replacement DPF without exception. Yes, it’s an upselling opportunity for factors, as well as for garages fitting new DPFs to vehicles – but it’s much more than this. And in this case, it isn’t all about the profit potential. It’s about embracing best practice, preventative maintenance, advising motorists and helping their vehicles avoid unnecessary damage caused by particulate build-up. BM Cats offers support to factors that feel could benefit from point-of-sale marketing that empowers motorists to make informed purchasing decisions.

We all have a role to play to not only help motorists, but also to take a pro-active role in supporting cleaner air initiatives too, something that’s continuing to rise further up the list of priorities for governments the world over.

0 0 0 0
Previous : Factoring in Training with Gates
Next : The ‘Connected Car’ and Parts Distribution